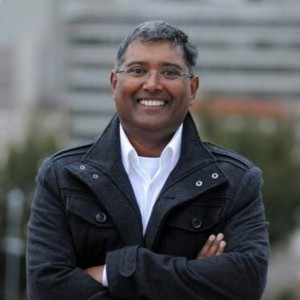 Sherwin Charles serves as co-founder and Chief Executive Officer of Goodbye Malaria. Charles graduated as a chartered accountant from the University of Witwatersrand and began his career with the accounting firm Ernest and Young, where he completed his articles. He spent the next 13 years in the banking and financial services industry.

Charles was appointed Director of one of the first Black Empowerment investment banks in their stock brokering company, Real Africa Durolink Security, and he launched Standard Private Bank in 2001. In 2005, he relocated to Abuja, Nigeria where he was appointed CEO of First Alliance, one of seven companies licensed as pension fund administrators in 2006. Charles returned to South Africa in 2006 and joined Nando’s, setting up a treasury function, as well as Restfin PTY Limited, a franchisee financing business.

Whilst part of the Nando’s group, Charles regularly travelled with explorer and humanitarian Kingsley Holgate into various parts of Africa. It was during this period that Charles became aware of the extent of malaria and its ravaging effects on the continent. Charles then decided he needed to work towards a solution to malaria elimination in Africa. Together with Robbie Brozin, co-founder of Nando’s, Kim Lazarus and David Stern, he founded Goodbye Malaria in 2012.

Charles remained with Nando’s Restaurant business until 2015, after which he decided to dedicate his time fully to Goodbye Malaria as CEO. Although still part of the shareholder team, his focus is on malaria elimination in Southern Africa. While at Goodbye Malaria, he has developed a unique public-private partnership between the MOSASWA governments and the private sector. He was involved in the development of malaria bond with Dalberg, holds numerous leadership positions within the malaria community, and is a regular guest speaker at global summits on innovative financing and malaria. Through his work, Charles helped Nando’s become one of the first African corporations to donate money to the Global Fund.