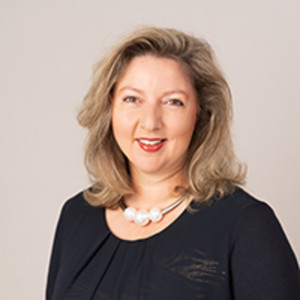 Nadia Rozendaal has more than 20 years of experience in advocacy, fundraising, governmental affairs, communications, and global health. Before joining Panorama as an advisor Nadia led the European efforts of Aeras and helped to increase European support for TB vaccine research and development. Nadia also serves as an independent consultant to a variety of global health and biotech organizations focusing on fundraising, business development, and communications and has a broad, influential network in the government, private, and philanthropic sectors.

Nadia became a consultant after serving as a Director for Policy Advocacy Europe for the International AIDS Vaccine Initiative (IAVI). From 1994 to 2006 Nadia occupied different positions in Brussels, including Head of cabinet and political adviser in the European Parliament, where she drafted legislation and policy frameworks in various parliamentary committees on economic affairs, competitiveness, trade, employment, and foreign relations. She was also a Member of the External Speakers Team of the European Commission, a Governmental Affairs expert to various industry and non-profit organizations, and a trainer for European journalism and lobbying institutes.