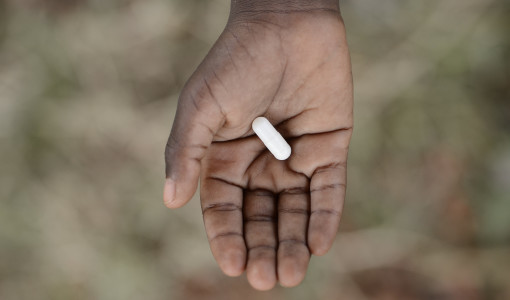 worth of drug donations.

Return to What We Do

Neglected tropical diseases (NTDs) are preventable infectious diseases that affect more than 600 million people in Africa. These diseases thrive where access to clean water, sanitation, and healthcare is limited, placing a heavy burden on the world’s poorest, most marginalized, and remote communities. Treatment and prevention of the five most common NTDs (onchocerciasis, schistosomiasis, lymphatic filariasis, soil-transmitted helminths, and trachoma) costs only $0.50 per dose of medicine, yet these diseases continue to cause blindness, painful disfigurement, and other disabilities because people lack access to vital drugs. By keeping children out of school and stunting their growth and cognitive development and depriving millions of people of the most productive years of their lives, NTDs trap communities in endless cycles of poverty.

Pharmaceutical companies have donated $17.8 billion worth of drugs to treat NTDs. However, funding for NTD control and elimination programs is lacking, leaving the drugs to expire in warehouses.

What are we doing about it?

In 2016, Panorama began collaborating closely with the World Health Organization’s Regional Office for Africa (WHO AFRO) to raise funds from donor countries for WHO AFRO’s Expanded Special Project for Neglected Tropical Diseases (ESPEN). Our team designed and implemented a targeted resource mobilization strategy to increase donor funding and policy support for ESPEN. Panorama cultivated relationships with over a dozen donors to advocate for ESPEN funding and has supported background research and drafted grant proposals for many more. Our partnership raised more than $45 million during the three years we worked together.

Who are our partners?

ESPEN is a public-private partnership between WHO AFRO, Member States, and NTD partners in an effort to mobilize political, technical, and financial resources to accelerate the elimination of the five most prevalent NTDs. Panorama worked directly with ESPEN and WHO AFRO leadership to coordinate meetings with policymakers and provided talking points, background materials, and supported follow-up actions to bring in funding for ESPEN.

Speak Up Africa is a Senegal-based policy and advocacy organization that works to engage leadership and enable policy change via domestic resource mobilization on the African continent. Since 2016, Speak Up Africa and Panorama have been working closely, using their expertise in partnership building and strategic communication to inform people about the progress in controlling and eliminating NTDs in Africa, while also stressing the importance of increasing funding for programs aimed at controlling NTDs.

“Tackling Neglected Tropical Diseases is key to a healthier and more prosperous Africa. We are determined through ESPEN to help eliminate these diseases and reduce the suffering of millions of people across the continent.” – Dr. Matshidiso Moeti, World Health Organization Regional Director for Africa

What is our progress?

Over the three-year partnership, Panorama mobilized more than $45 million from donors, including the Qatar Fund for Development, OPEC Fund for International Development, Bill & Melinda Gates Foundation, USAID, and Kuwait Fund for Arab Economic Development. In 2018, this funding enabled WHO AFRO to scale up NTD treatment for 42 million people in 751 districts across 23 African countries, compared with 14 million people treated through ESPEN funding in 2017.

Get regular updates on our latest projects and open positions.

Thank you for subscribing to our newsletter.