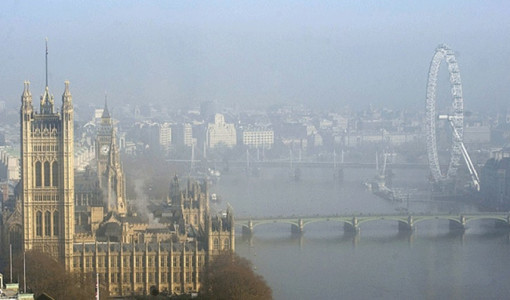 Nearly 9,500 Londoners die annually from air pollution, according to a 2015 study reported by The Guardian https://goo.gl/DGeVXg.

As embarrassing as it is to witness the United States pulling out of the Paris agreement on climate change, this move has instigated a much-needed boost for those of us who want to make our planet great again.

Overnight, it has become a rallying cry, drawing together nations and people from all walks of life to focus on how we can stop the deadly effects of climate change.

Countries like Germany and China are stepping up to reaffirm their commitment to ensure a better future. French President Macron is inviting scientists from the United States and elsewhere to work with French scientists on ways to protect the environment.

An unlikely partnership of American governors, mayors, universities and private companies is recommitting to the goals and mobilizing in a way never seen before to submit an alternate plan to the United Nations demonstrating how the American people will achieve the U.S. climate goals.

Make no mistake, this is not just a setback for climate change. This is a blow to efforts to protect our health and the health of our children.

That’s why I would argue that this disappointing decision will be worth all of the initial hand-wringing if it serves to break people out of their silos and encourage them work together.

The earth is the backbone on which our health and well-being depend. We are straining this critical support system, and must think and act differently to strengthen it for generations to come.

To safeguard our planet requires a holistic perspective, from climate change and water security to the greater interconnections between environmental, human, and animal health.

There are plenty of examples linking the environment to health:

These interconnections are being championed through the nascent concept of planetary health, which convenes diverse perspectives to find new ways to balance human health with the health of the planet.

Planetary health is more than climate change. It matters to everyone. Whether you work on vaccines or land rights or food systems, you should be just as engaged as people working on greenhouse gases or the Amazon rain forest.

We are all a part of the solution. Let’s break out of our silos and work across sectors, welcome diverse perspectives and find new ways to tackle the huge problems we face.

And if that happens, we may actually have President Trump to thank.