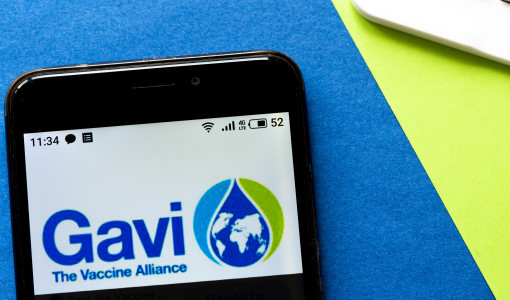 Waking up at 6:35 am in my childhood bedroom to watch the Gavi Global Vaccine Summit was not my plan for my summer. Along with the majority of the world, Gavi, The Vaccine Alliance, was forced to reimagine their summer plans due to the global pandemic and, while still technically hosted in London, moved completely online to a livestream on their website. So, with blurry eyes and cursing time zones, I began taking notes.

Gavi held their quinquennial – or every fifth year – Global Vaccine Summit last Thursday and raised $8.8 billion, exceeding their $7.4 billion fundraising goal. Gavi’s goal for their replenishment was to raise enough funding to help immunize 300 million more children in the world’s poorest countries against preventable diseases over the next five years, bringing the total number of immunizations since their creation in 1999 to one billion. Among the 35 heads of state who attended this year’s event was President Sahle-Work Zewde of Ethiopia. By sharing anecdotes about her own country, she drove home the importance of funding Gavi and the impact it has on low- and middle-income countries.

Since 2000, the number of unvaccinated individuals in Ethiopia has decreased by 50%, and immunization coverage overall has risen from 30% to 72%. She also reminded the audience of the necessity of continuing Gavi’s work: Since 2018, 1.1 million Ethiopian girls received the HPV vaccine and now don’t have to worry about getting cervical cancer; however, with the closures of schools due to the current pandemic, many girls have been unable to receive their second vaccine. In order to address this gap, President Sahle-Work requested $300 million.

President Sahle-Work’s segment was one of many that served as an important reminder that, while addressing the current pandemic is important, we cannot afford to lose sight of Gavi’s central mission to vaccinate millions of children against preventable diseases. However, COVID-19 remained an unavoidable and central topic of the summit. More specifically, how to address the pandemic in the most equitable, efficacious, and safe way possible.

In his opening remarks, Prime Minister of the UK, Boris Johnson was one of many leaders to emphasize the importance of a collaborative approach, saying:

“To defeat coronavirus, we must focus our collective ingenuity on the search for a vaccine and ensure that countries, pharmaceutical companies, and international partners, like the World Health Organization, co-operate on a scale beyond anything we have seen before.”

Most speakers presented a similar desire for the equitable distribution of a vaccine, whenever one should become available.

One engine for this goal is the ACT accelerator, headed by Gavi and the Coalition for Epidemic Preparedness Initiative (CEPI) and created to facilitate unprecedented collaboration during the pandemic. Richard Hatchett, CEO of CEPI, specified that CEPI leads on the development and manufacturing of vaccines, and is tasked with ensuring vaccines are manufactured at scale and distributed equitably.

In response to calls for an equitable distribution of vaccines and other resources, the ACT accelerator announced the launch of the of the COVID-19 Vaccine Global Access Facility and Advance Market Commitment, or Covax AMC, a “new financing instrument aimed at incentivizing vaccine manufacturers to produce sufficient quantities of eventual COVID-19 vaccines, and to ensure access for developing countries.” The Covax AMC will build off of previous successes demonstrated by the pneumococcal conjugate vaccines AMC, which was funded by Italy, Canada, the UK, Norway, and the Bill and Melinda Gates Foundation. Approximately $177 million will rollover from that initiative to help incentivize manufacturers and investors.

In addition to that, $177 million, Gavi called for $2 billion to support this work, though they estimate that they will need at least $10 billion in the future. Following the event, AstraZeneca announced that they signed a $750 million contract to be the first vaccine manufacturer to collaborate with Covax-AMC. They pledged 300 million doses at a not-for-profit price in partnership with the Serum Institute of India.

These high-dollar donations from around the world, as well as the testimonials and speeches that encouraged them, represented a display of solidarity and globalism at a time when nationalism is front and center. They show the major international commitment to childhood vaccination and addressing the current pandemic as a collective, rather than individualistic effort. While this is not the summer we planned, I am lucky to be in a place where I have the opportunity to do this sort of research and am thankful to know organizations like Gavi, CEPI, and Panorama are working toward a solution.