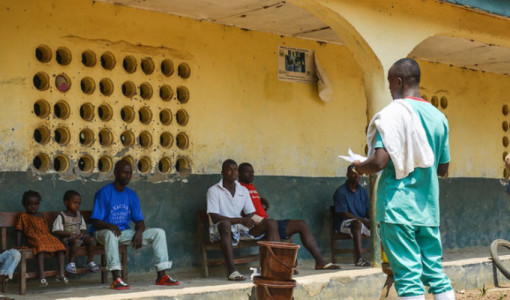 As a Public Health Peace Corps Volunteer in Kenya and Rwanda, I witnessed projects that looked good on paper not reach their goals because perspectives of the impacted communities were not included from the start. Projects that consulted and engaged with communities were able to incorporate their feedback and watch as communities took ownership upon implementation. Community engagement is challenging for a variety of reasons but without it, the likelihood of developing a resilient program is low since it may not take into account cultural norms and existing resources. Emergency contexts, like the one in the northeastern Democratic Republic of Congo (DRC), present even more challenges to engaging with communities but its importance is nonetheless critical to achieving success.

The world is currently experiencing the second-largest Ebola outbreak in the North Kivu and Ituri provinces in the northeastern DRC. As of October 2019, there have been more than 3,000 cases and 2,000 deaths. This outbreak is second only to the 2014-16 West Africa Ebola outbreak in Liberia, Sierra Leone, and Guinea. During that outbreak, there were 28,000 cases and 11,325 deaths reported, costing the world more than USD $53 billion. Ebola is a deadly virus that leads to fever, body aches, diarrhea, and severe bleeding. Ebola outbreaks are particularly alarming because the virus has a 50-90% fatality rate. Affected communities and Ebola responders are no stranger to this reality, but they live with a range of complex factors that create an environment for Ebola to thrive.

Former WHO Director of Health Emergencies Program, Peter Salama, described the situation as “…a perfect storm — a combination of this deadly disease in one of the most difficult, protracted crises we have around the world.”

The ongoing Ebola outbreak is the first in history to occur in an active conflict zone. The epicenter of the outbreak, have been areas of conflict and war for decades, and the communities that live there are constantly terrorized by active rebel groups. Social disruption has been furthered by events of the recent elections, during which the government prevented residents of the region from participating in the long overdue national elections in December 2018. Political turmoil combined with longstanding conflict has had a long-term impact on the region; most people live in poor conditions, have the perception that the government is corrupt and untrustworthy. Ongoing social and political instability has contributed to a hesitancy towards outsiders (including those from other parts of DRC). Therefore, Ebola responders must prioritize community engagement, in order to repair mistrust.

Ebola responders and DRC health workers face tremendous community mistrust in trying to contain the outbreak. Dr. Stacey Mearns with the International Rescue Committee said: “some people in the area believe Ebola was deliberately introduced as a political tool to enrich those in power, while rumors have also circulated that if you go for the vaccine, you are actually injecting people with Ebola.” As a result, Ebola responders face violence and attacks from community members. The World Health Organization (WHO) documented 42 attacks on health facilities between January and early May of 2019. Violence against health workers can be minimized by building trust with communities. Building trust is not a one-off, it requires consistent engagement, communication, and takes time which is challenging when working with a disease that can spread rapidly.

Ebola does not respect international borders

The dense and highly-mobile population of this region adds another layer of complexity to the outbreak. North Kivu has a population of about six million people and is home to more than one million displaced people, which makes certain surveillance activities difficult. In early June, a Congolese a grandmother and her two grandsons who had Ebola (sadly all later died from the virus) crossed the border to Uganda, exposing the country to the outbreak. A month later in July, Ebola spread to Goma, the capital city of North Kivu with two million residents. The spread triggered international attention because Goma shares borders with Rwanda, Uganda, South Sudan, and has high cross-border movement, amplifying the risk of Ebola spreading to neighboring countries. Soon after the confirmed case in Goma on July 17, WHO Director-General Dr. Tedros Ghebreyesus convened the International Health Regulations Emergency Committee and declared the DRC Ebola outbreak a Public Health Emergency of International Concern (PHEIC) largely because of a risk of regional spread.

Efforts to contain the disease in Goma and within the DRC to date have been successful, yet experts still warn that Ebola is a regional and global threat that respects no borders. In fact, the risk is high enough that when the required three month deadline to re-evaluate the PHEIC declaration came on October 18, the committee re-confirmed that the outbreak remains a PHEIC. As government officials and international organizations continue to discuss cross-border preparedness plans, community dialogue and engagement should be intentionally at the center of the plans to help people understand the risks to themselves and their community.

These deaths are preventable

Unlike previous Ebola outbreaks, there are new tools available that provide hope for communities that are facing this outbreak. Although there is no licensed preventative vaccine for Ebola, an investigational Ebola vaccine known as rVSV-ZEBOV has 97.5% efficacy rate and has been used as part of response efforts since August 2018. As of October 26, over 242,000 people in the outbreak hot zone have received the investigational vaccine, which is playing a major role in minimizing the spread of the outbreak.

In November 2019, health authorities in the DRC will introduce a second experimental Ebola vaccine targeting at-risk populations outside the outbreak hot zone. Additionally, two therapeutic drugs - mAb114 or REGN-EB3 therapeutic drugs - have shown a greater chance of survival for Ebola patients who seek care early. Thanks to these tools, more than 1,000 people have survived Ebola in this outbreak. These tools have the potential to bring this outbreak to a halt. However, these tools alone are not enough – an enabling environment that ensures the safety and security of communities as well as response teams is essential.

Ebola response organizations recognize that community leadership is integral to stopping the outbreak, however political insecurities and violence have been huge barriers to engaging with local communities. Despite these challenges, the DRC government and partners are prioritizing community engagement where possible. One example is Mercy Corps’ ongoing Vision Ebola Zero initiative that aims to reduce the spread of Ebola in three health zones in Goma through its trained volunteer groups, reaching over 50,000 people with Ebola preventative messages. Another example is UNICEF’s ongoing work with Ebola survivors, key community, and faith leaders in bringing Ebola education to at-risk households.

To this day, my former Kenyan colleagues share success stories from an ongoing computer education program we implemented together over five years ago. This project wouldn’t have been successful if communities were not engaged from the start. I believe it is vital that response organizations continue to engage with communities because without them it is not possible to end this or future Ebola outbreaks.