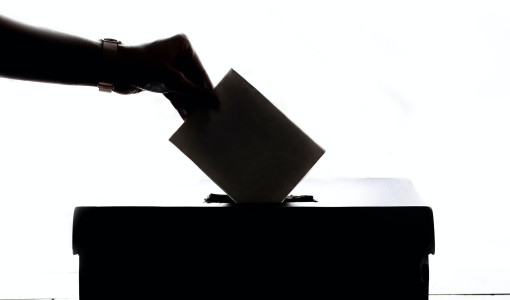 When Minutes Feel Like Hours, and Hours Feel Like Days: How to wait patiently for the results of a pregnancy test or a contested election

Anyone who has ever taken a home pregnancy test knows, the three minutes you wait for the line(s) to appear feels like three hours. And no matter what result you’re hoping for, you experience a rollercoaster of emotions in those three minutes as you envision various versions of your future.

One can expect to experience similar feelings waiting for results on election night. The hours will feel like days as you flip channels on your tv, check Twitter on your phone, and track returns on your computer. Your emotions will oscillate between anxiety and excitement and back again as precinct by precinct, state by state, results roll in. You may even experience nausea!

Each election night for the last 18 years, I’ve sat in a war room monitoring results. Below are tips to get you through the night and to Inauguration Day. 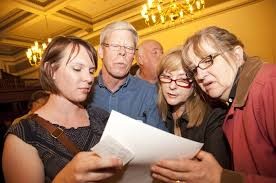 1. Know What to Expect

No one likes surprises, which is perhaps why What To Expect When You’re Expecting is such a popular book among pregnant women. In advance of election night, voters should refresh their knowledge of the Electoral College. Each state has between 3 and 55 electors; a state’s number of electors is equal to the size of the state’s Congressional delegation. 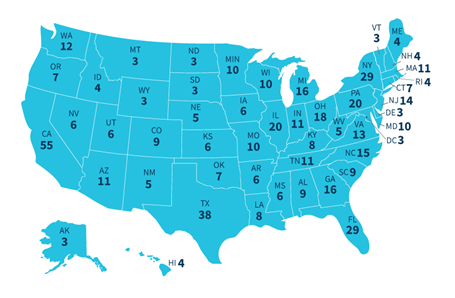 2. Be Prepared for Complications

Just like every pregnancy is different, election laws are different in every state. This year we expect heavy turnout, which is complicated by the COVID-19 pandemic and a corresponding increase in advance voting in-person and absentee vote-by mail.

In some states, votes cast by mail are processed as they are received, while in other states, these votes are counted last after the polls have closed (see list). States that do not allow ballots to be processed prior to Election Day may experience a delay in reporting results. Similarly, some states require mail ballots be received by Election Day, while other states only require the ballots be post-marked November 3rd (see list). Several key swing states that could decide the election are likely to be delayed, including Michigan, North Carolina, Pennsylvania, and Wisconsin.

Additional complications may arise over the counting of votes. More than 500,000 ballots were rejected during the presidential primaries this year, due to missing or mismatched signatures, late arrival, or other factors. Such issues slow down counting and often result in court challenges, which could delay results for weeks.

Thankfully, it shouldn’t take us nine months to know the outcome of the presidential election. In most states, a canvassing board will meet within two weeks of the election to certify the results of the election. Learn more about the canvassing process and timeline in your state.

At the presidential level, all state recounts must be complete and any court cases resolved by December 8th, so that the electors can meet on December 14th and cast their ballots. The president of the Senate must receive the ballots by December 23rd, and Congress will meet in a joint session on January 6th to count the electoral votes.

A presidential candidate must reach 270 electoral college votes to win. It is possible, and it has happened three times in history, twice in modern history – 2000 and 2016 – in which the winner of the popular vote did not win the election because they lost the Electoral College.

It’s also possible, although unlikely given the lack of a viable third-party alternative, that no candidate receives the majority of electoral votes. In this case, members of the U.S. House of Representatives would elect the president from the top three candidates, with each state casting one vote en bloc, and the U.S. Senate would select the vice president from the remaining two candidates. This hasn’t happened since 1824, when John Quincy Adams won the contingent election, beating Andrew Jackson who had won the popular vote.

Or because just when you think 2020 can’t get any worse, it does – it’s possible that both candidates tie with 269 electoral college votes. To complicate matters more, is the issue of “faithless electors” who could break with the candidate they pledged to vote for. Only 33 states bind electors to the candidate, and of those 33 states, 16 do not remove or penalize the elector or have a mechanism to cancel the vote.

5. Wait for the Final Results

Much like a pregnancy test, once you have voted and the polls have closed, there’s nothing to do but sit back, and wait for the results – the full results. Remember, just because the Chicago Daily Tribune published a banner headline that read “Dewey Defeats Truman” didn’t make it so.

In the United States, the peaceful transfer of power, even after bitterly contested elections, is a fundamental principle of democracy. We must trust the results. We cannot afford to undermine the credibility of our electoral process and plunge our nation and government into a period of unrest and potential violence by abandoning this tradition.

7. Look for Reasons to Celebrate

While we may not know who the next president of the United States will be on election night, we do know we’re having a boy – again. But, the presidency is just one of more than 500,000 elected offices in the U.S., and regardless of your party affiliation there will be many reasons to celebrate. For example, over at The Ascend Fund, we anticipate a record setting number of women elected to Congress, including an unprecedented number of Black women!