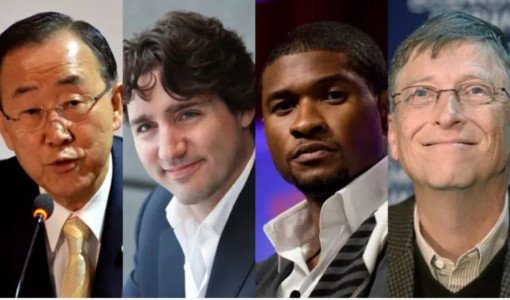 What Do Ban Ki-moon, Justin Trudeau, Usher and Bill Gates Have in Common? Global Health Diplomacy

When Canadian Prime Minister Justin Trudeau hosted a funding conference in September for The Global Fund for AIDS, Tuberculosis and Malaria, nearly $13 billion was raised. That’s enough to save 8 million lives. Money of that magnitude doesn’t just magically appear. Getting to the conference in Montreal — packed with notables from Usher and Bono to Ban Ki-moon and Bill Gates — required years of diplomatic relationship-building to encourage donors to join together and pledge their commitments.

A few days later, the world came to New York for the annual U.N. General Assembly meetings. Global leaders held a high-level session on health for only the fourth time in UNGA’s 70-year history, this time on antimicrobial resistance. Convincing the U.N. to host this event was the result of concerted negotiations by the U,K. government, in partnership with the Wellcome Trust, and supported earlier this year by the Group of Seven industrialized economies.

Both of these victories were achieved through strategically planned and executed diplomacy that brought together a passionate coalition of people and diverse organizations to reach a common goal. Much of the progress we have seen recently on vaccines, nutrition, and global health security is due to global health diplomacy just like this.

We believe that at its core, global health diplomacy simply means finding ways to incentivize governments to achieve health goals for their citizens.

Yet this concept is rarely addressed. The academic field of global health has seen an unprecedented surge in popularity. It is now taught at more than 250 North American universities, training the next generation of global health practitioners and increasing the field’s intellectual rigor. Nevertheless, both new and seasoned practitioners are hard pressed to define global health diplomacy or explain its value.

The concept was first overtly identified during U.S. President Jimmy Carter’s administration, when a White House aide made the case that “the role of health and medicine as a means for bettering international relations has not been fully explored by the United States.”

A lot has happened since then, and global health is now a vital part of the international relations toolkit — a recognized way to exercise “soft power” or persuasion instead of coercion. Today, global health diplomacy drives priorities in public health, and impacts practitioners on the ground.

We saw this in action during U.S. President Barack Obama’s recent trip to Laos, where his visit led to the announcement of a new Lao-American Nutrition Institute and Laos’ endorsement of the Global Health Security Agenda.

Unlike the traditional definition of diplomacy, which implies government to government relationships, a wide range of actors engage in global health diplomacy, including philanthropists, companies and celebrities. Their tools can range from splashy campaigns to private conversations. It is this diverse mix of unique players and skill sets that is really exciting. They bring new ideas and approaches to bear on really hard problems, resulting in meaningful progress.

When using big-picture, or systems thinking, to identify a problem, it becomes clear that engaging all types of global health diplomacy — whether through traditional means, multistakeholder or informal — will lead to better results, faster.

In conclusion, to effectively navigate the complex field of global health, one must take time to understand the role of global health diplomacy. Too often we focus on the practical solution at hand, instead of taking a step back to see the bigger picture.

But, when we do look at the broader diplomatic, financial, and geopolitical context, then it becomes possible to plot the most effective course to overcome a global health challenge for real, lasting change.

Global health diplomacy is made up of core building blocks that everyone can understand, including the role of traditional and new players, how global policies are set, and how global health is financed and governed. As a starting point for these learnings, we have created a free Global Health Diplomacy course available through Coursera.

When more people recognize the role and value of global health diplomacy, the world will be able to accelerate and intensify the immense progress we have seen over the past few decades.

Originally published in Devex on September 29, 2016.