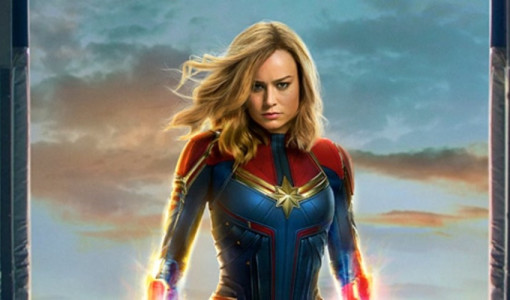 In the most recent Global Health 50/50 report, which reviewed 198 global organizations active in health, it was found that men in these organizations are 50% more likely to reach senior leadership roles. Men make up 72% of executive heads and 71% of board chairs. 10 of the organizations have no women in senior management at all.

As Jacinda Arden, Prime Minister of New Zealand, wrote in her forward to the report, if there is one sector that should set precedent in this space, it is global health. I’m committed to building the next generation of women leaders in the global health sector and beyond, and I continue to be energized by the young women I’ve met through Women in Global Health Seattle.

It is vitally important to showcase women’s leadership as a way for women to see themselves as future leaders. In honor of Women's History Month, I’ve selected some of my favorite quotes from women leaders in science, philanthropy, politics, and entertainment. These women and their accomplishments inspire me to keep accelerating the pace of change, and I hope they will inspire you as well.

“Tell me, what is it you plan to do with your one wild and precious life?” - Mary Oliver, American poet and winner of the National Book Award and the Pulitzer Prize

"Certain people–men, of course–discouraged me, saying [science] was not a good career for women. That pushed me even more to persevere." - Francoise Barré-Sinoussi, French virologist and Nobel Prize winner

“I believe that fortitude is the key. More than anything, be consistent. Go at it. Go at it. Go at it. When you succeed, don’t forget the responsibility of making somebody else succeed with you.” – Dr. Antonia Novello, 14th Surgeon General of the United States and first woman and first Hispanic to serve in this role

“To address climate change, we must make gender equity a reality. And in the face of a seemingly impossible challenge, women & girls are a fierce source of possibility." – Dr. Katharine Wilkinson, author, teacher and Vice President of DrawDown.org

"No country can ever truly flourish if it stifles the potential of its women and deprives itself of the contributions of half of its citizens." - Michelle Obama, lawyer, writer, and former First Lady of the United States

“I want you to understand that your first duty is to humanity. I want others to look at us and see that we care not just about ourselves but about others.” - Madam C.J. Walker, entrepreneur, philanthropist, and activist, and one of the first American women to become a self-made millionaire

“There are opportunities even in the most difficult moments.” - Wangari Maathai, founder of The Green Belt Movement and 2004 Nobel Peace Prize Laureate

"Science is not a boy's game, it's not a girl's game. It's everyone's game. It's about where we are and where we're going." - Nichelle Nichols, NASA Ambassador and actress

“As much as it is an economic, a social and a foreign-policy issue, migration is a climate issue. Those who are safe from displacement — at least for the moment — must confront the roles they want to play in this unfolding global story.” - Laila Lalami author and activist

“I have nothing to prove to you.” - Carol Danvers, a.k.a. Captain Marvel

"What you do makes a difference, and you have to decide what kind of difference you want to make.” – Dr. Jane Goodall, primatologist and anthropologist

"The more clearly we can focus our attention on the wonders and realities of the universe about us, the less taste we shall have for destruction." - Rachel Carson, environmentalist, biologist, & author of Silent Spring

"If they don't give you a seat at the table, bring a folding chair." - Shirley Chisholm, first black women elected to United States Congress

“People ask me often [whether] the Nobel Prize [was] the thing you were aiming for all your life, and I say that would be crazy… What we were aiming at was getting people well, and satisfaction of that is much greater than any prize you can get.” - Gertrude Elion, Nobel Prize winner, National Medal of Science winner, and first female inductee of the National Inventors Hall of Fame