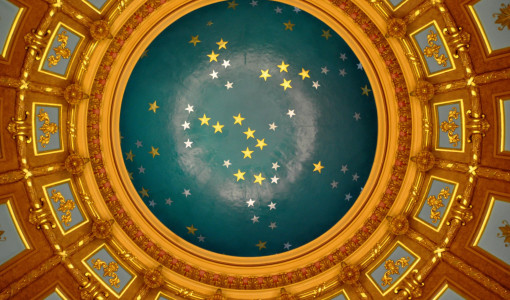 Partners in Parity: How 13 Organizations in Michigan, Mississippi & Washington are Paving the Way

This post originally appeared on The Ascend Fund's Perspectives on Parity column.


To rapidly accelerate the pace of change toward gender parity in state legislatures, pivotal policymaking bodies, The Ascend Fund is making targeted, transformational investments in 13 state and local organizations in Michigan, Mississippi, and Washington. These investments totaling $600,000 make up a pilot initiative that will inform how organizations nationwide can empower and train diverse women to run for the state legislature -- and win. As part of this initiative, our new partners will form coalitions in each state that will work together to build a truly reflective democracy -- in which women and people of color are fully represented.

Across the United States, women make up 51% of the population, but only 31% of state legislators. In order to set us up to reach gender parity more quickly, we chose to invest in three states -- Michigan, Mississippi, and Washington -- that represent a spectrum of women's representation in politics.

More than two dozen organizations answered our open call for proposals across these three states. To ensure that diverse perspectives were heard in the proposal review process, we utilized an external review committee to evaluate applicants and help select awardees. We're providing grants ranging from $15,000 to $100,000, with the average grant being $50,000.

We view this as an initial investment. Organizations working to build pathways to public office for women are deeply underfunded, and to achieve transformational results, we must massively increase investment in this space. We view these grants as an initial investment and are actively seeking additional funding to maximize our impact and ensure our partners are fully able to meet their communities' needs.

To accelerate the pace of change toward gender parity, our state partners will identify common barriers to elected office that are unique to their state and political environment and design strategies to remove, reduce, or circumvent then, allowing more women to run. They will analyze legislative districts and identify seats with the greatest opportunity and then leverage the coalition members' grassroots networks to recruit diverse candidates on both sides of the aisle. And to increase the likelihood that women win, the coalition will provide candidates with the training, tools, resources, and support to successfully run for office.

Our new partners are implementing bold, innovative strategies to dramatically increase the number of diverse women serving in their state's legislature. To meet the needs of all women, we intentionally prioritized organizations that reach a diverse audience of women across race, sexual orientation, political party, socio-economic status, and geographic location.

For more than a decade, from 1993 to 2004, Washington ranked 1st in the nation for women's representation in the state legislature. But progress and the state currently ranks 9th in the nation, with women making up 42% of the state legislature. Washington is also one of only four states that utilizes a top-two primary system for candidates, a process that can mitigate some of the barriers that women face when running for office. Our Washington state partners will design strategies to empower women who have historically been excluded from the political process and increase the number of diverse women seeking elected office in Washington. Learn more about women's representation in Washington in our state factsheet.

About this Partner: OneAmerica is the largest immigrant and refugee advocacy organization in Washington State, organizing with and advocating for diverse communities including Latinx, African, and Asian.

About this Partner: Puget Sound Sage charts a path to a living economy in the South Salish Sea and Duwamish River Valley regions by developing community power to influence, lead and govern.

New Project this Grant Will Fund: Puget Sound Sage will offers holistic support for BIPOC women on the path to leadership including candidate training, a six-month leadership fellowship, mentorship, peer support cohorts, and ongoing resources for women once they are elected.

New Project this Grant Will Fund: The Native Action Network will launch a new two-day program for 20 Native women focused on developing the knowledge, skills, and connections necessary to be successful advocates while providing a forum to network.

About this Partner: Comunidad Latina de Vashon was founded by Latina women to cultivate youth and adult community leaders to use their strengths to change systemic injustices on Vashon Island.

New Project this Grant Will Fund: Comunidad Latina de Vashon will focus on encouraging Latinas to run for office as their authentic selves, and not change their narrative to conform to the white, patriarchal definition of a political leader.

As a result of the 2018 election, women's representation in the Michigan State Legislature skyrocketed from 25% to almost 36%, but the number of women did not significantly increase in the 2020. Additionally, progress toward parity in Michigan is complicated by the fact that it is one of 15 states with term limits for state legislators. Our state partners are implementing strategies to overcome this barrier and build a sustainable pipeline of women ready to run for state legislature. Learn more about women's representation in Michigan in our state factsheet.

About this Partner: Mothering Justice empowers mothers of color to influence policy on behalf of themselves and others.

New Project this Grant Will Fund: Mothering Justice will partner with Michigan United, Detroit Action, and MOSES to form Black Womxn Win -- Michigan, a 3-month leadership development program that will train 50 Black womxn from across the state to run for elected office and win in 2022.

About this Partner: Rising Voices Fund supports and funds the infrastructure to organize Asian American women and young people for power in the state of Michigan.

New Projects this Grant Will Fund: Rising Voices fund will engage in deep relational organizing to meet Asian American women where they are and provide rigorous leader development training and continue their cultural organizing and narrative work to increase the visibility of Asian Americans in Michigan as a political force.

New Projects this Grant Will Fund: Equality Michigan will develop programming specifically for LGBTQ+ women and pro-equality women allies and engage in work to mitigate barriers, create a pathway for success and building cohorts of women for continued mentorship, learning and networking experiences.

She Holds the Key

About this Partner: She Holds the Key works to remove barriers and provide support for center and center-right leaning women seeking elected office and appointments in Michigan.

New Project this Grant Will Fund: She Holds the Key will scale their programming to train and support center and center-right women to run for the Michigan State Legislature.

About this Partner: The Mississippi Black Women's Roundtable (MS-BWR), is an intergenerational, civic engagement statewide network of black women and girls that focus on increasing voter participation, civic engagement and champions equitable public policy on behalf of Black women and girls in Mississippi. MS BWR is an affiliate of the National Coalition on Black Civic Participation/Black Women's Roundtable.

New Project this Grant Will Fund: The Black Women's Roundtable will identify, educate, and prepare women of color to run in districts that continue to divest resources from its most vulnerable communities.

About this Partner: Mississippi University for Women's NEW Leadership Mississippi educates college women about the important role that politics plays in their lives and encourages them to become effective leaders in the political arena.

New Project this Grant Will Fund: Mississippi University for Women will provide training and mentoring to politically ambitious college women and further connecting them with a diverse network of individuals with key perspectives on Mississippi politics.

About this Partner: The Women's Foundation of Mississippi is a public foundation that works to eliminate the social and economic barriers faced by women and girls throughout the state.

New Project this Grant Will Fund: The Women's Foundation of Mississippi will expand their leadership and training development initiatives, including a virtual Fellows program and expanded mentoring program.

About this Partner: The Mississippi affiliate of the American Civil Liberties Union dedicates their time and resources to promoting and defending the civil liberties of citizens across the state through legislation, litigation, and advocacy.

New Project this Grant Will Fund: The ACLU of Mississippi will support community-based training and capacity-building including a program that will support emerging leaders in the Black community.

We're committed to realizing a truly representative democracy, not only because it's what's right, but because it's what's good for our democracy. You see, when women lead, our nation is transformed. That's because women run for office to do something, not be something. Women are more likely to introduce and pass legislation that benefits women, children, and families. Women are better advocates for their constituents, bringing more financial resources back to their districts. And women are more likely to work across the aisle and seek bi-partisan compromises.

Women should not have to wait another 100 years for equal representation and better public policy outcomes. By investing in state and local organizations in Michigan, Mississippi, and Washington, we can reduce the barriers women face when running for office and build a pathway to elected office for all women.

We encourage you to learn more about our partners' innovative strategies to empower, train, and recruit women to run for office -- and win, because parity is only possible when we are united behind a shared vision. Read more about our strategy to achieve 50% representation in all 50 states by 2050 and how you can get involved.