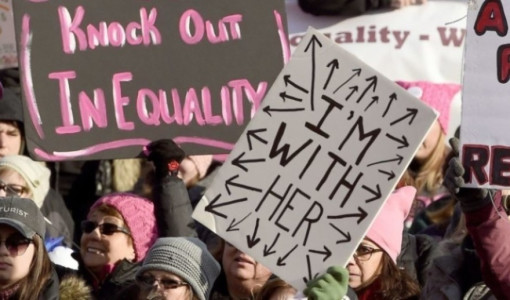 As the #metoo movement sweeps the United States and beyond, I recently visited Norway eager to explore why it is consistently one of the top countries in the world for gender quality.

I was in Oslo for a three-day retreat with a group of women philanthropists who invest in innovative solutions for girls and women in the developing world. The group also focuses on how women are engaged in philanthropy, empowering one another to use their intellectual and financial resources for positive change.

The learning began simply with a look at the calendar. We gathered on Equal Pay Day in the United States, which fell on April 10 this year. This tracks how long women must work into the new year to catch up to a man’s salary as of December 31. Equal Pay Day in Europe had long passed on February 28.

This disparity was not lost on me. Norway stands out globally in the fight for equality. There is greater pay equity and transparency than most other progressive countries, female leadership at all levels of government, paid family and medical leave, and highly subsidized early childcare. The education system is one of the best in the world. Norway also has one of the happiest populations, frequently at the top of all quality-of-life indices. This can’t be a coincidence.

The United States pales in comparison. We are enduring a worsening pay and opportunity gap, are ruled by a male-dominated government, and mandate no paid family support systems of any kind.

As a woman, and an entrepreneur working to solve pressing global problems, I’m convinced that our global society has much to learn from the Norwegian way.

There is no silver bullet, of course, but it strikes me that education, appropriate policies, and a co-parenting culture are three important approaches for Americans to catalyze change.

The U.S. pay gap closed slightly in 2018 and tellingly, according to the Institute for Women’s Policy Research, women being “highly invested in their education – more so than men” was a driver. In Norway, 63 percent of recent bachelor degree program graduates were women. Varied career pathways are supported with higher education being free or low-cost.

It is also critical that business and government come together to create policies that help all families thrive. While the focus in the United States remains on addressing pay inequity in the workplace, I was heartened to notice that the conversation in Norway had shifted from generating wealth to a holistic approach to wellbeing for its citizenry.

When it comes to care-giving, people with all manner of responsibilities and family structures are supported, which leads to a happier and more productive society. Empowering women is a gender-neutral issue, and it goes beyond paid maternity leave. In a perhaps fundamental cultural shift, domestic work at home must be shared equally. Until the United States is ready to look at men as more than secondary caregivers, we will struggle to advance.

The issue of inequality doesn’t have to be that complicated. Perhaps it’s no wonder that the best message I’ve seen on unequal pay was a Norwegian video that landed in my Facebook feed on International Women’s Day March 9. Produced by the financial industry trade union Finansforbundet, it asked pairs of kids – a boy and a girl – to collaborate to fill vases with blue and pink balls. They were each rewarded with a clear container of candy, but the girls received less. The simple outrage on all of their faces brilliantly captures how ridiculous it is that people are not treated fairly.

Lessons from the policies and programs that established the cultural environment in Norway will fuel my work at Panorama, where we help businesses understand the value of offering the benefits that workers and families need most.

Americans need to do a better job of asking ourselves: How can we address workforce issues holistically to achieve meaningful impact and ultimately make people happier? How do we begin a conversation that respects all care-giving responsibilities? What is the role of men and male allies in ensuring a culture shift, leading to a greater adoption of paid leave by businesses?

More importantly, Norway is helping us all build a world where #metoo is not needed for women to get a seat at the table.