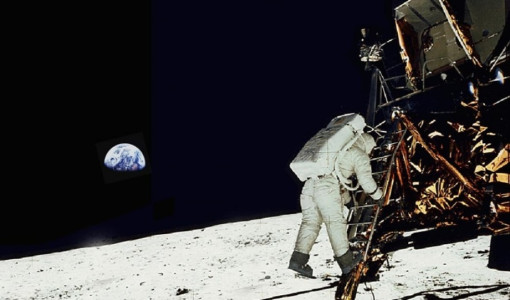 Lessons from the Space Race Will Help Fight Neglected Diseases

Fifty-five years ago, President John F. Kennedy announced on a sunlit day at Rice University that “we choose to go to the moon in this decade and do the other things, not because they are easy, but because they are hard.” Seven years later, America fulfilled this mission. By the time Apollo 11 traversed the quarter-million miles to the moon, America’s space program was arguably the largest and most cross-sectoral non-war effort ever. Its story and legacy have lessons for disease eradication today.

I think the triumph of the space mission is primarily due to two factors: leadership and cross-sectoral cooperation. From President Kennedy to the Senate leadership, and from Gene Kranz to Neil Armstrong, charismatic leaders gave the movement purpose, coordination, and unity. This unity also meant collaboration across such diverse sectors as physics, publicity, and personnel management, enabling a rocket to blast off, land men on the moon, and return them safely home.

The battle to end deadly diseases must similarly embrace strong leadership and collaboration to succeed.

Neglected Tropical Diseases (NTDs), a group of parasitic and bacterial diseases that affect more than 1.5 billion people, have existed since time immemorial. Descriptions matching today’s NTDs appear in the Bible, Talmud, and Vedas, in the works of Hippocrates, and in Egyptian papyri. Some are fatal, others are chronic, but the common denominator is that poverty is by far the greatest risk factor. Because NTDs are concentrated in the poorest communities, they have historically been overlooked for funding, research and development, and interventions.

Fortunately, NTDs are beginning to gain more mainstream traction. The 2012 London Declaration on Neglected Tropical Diseases brought together pharmaceutical companies, donors, endemic countries, and NGOs committed to “control, eliminate, or eradicate 10 diseases by 2020.” They mobilized hundreds of millions of dollars and so far millions of people have received the drugs they need to prevent or treat these afflictions.

Yet clear leadership is still lacking. Even the definition of NTDs is disputed amongst donors and other key organizations. The American space race movement was lucky in that a single country was focused on a clear purpose: beat the USSR. The coalition against NTDs, on the other hand, spans the globe. If strong and visionary leadership is required to finish the job, and I believe it is, someone must take ownership of NTDs as a signature issue and drive the field together. Perhaps Dr. Tedros, the recently elected Director General of WHO, could take this role.

A cross-sector approach is also needed to effectively fight NTDs. A 2011 Institute of Medicine workshop noted that water, sanitation, and hygiene exacerbate the spread of disease. Moreover, they concluded that environmental factors such as climate change, extreme weather events, land use patterns, and ecosystem disruption also contribute to the expansion of NTDs. Clearly many different sectors, including development economics, environmental science, and, of course, health, will have to be engaged to beat them. Similarly, in the effort to land on the moon, individual fields had to break down their siloes and work in concert. Chemistry and physics were intertwined to create new forms of jet propulsion, resource mobilization and political savvy were used to fund the endeavor, and new kinds of math were invented.

During my tenure at Panorama, I’ve had the opportunity to work with some incredible organizations that have already made the jump away from vertical programming: the END Fund has explored and advocated for more integrated programs, AIM has begun mapping multiple NTDs for increasingly targeted interventions, and ESPEN has begun bridging the gaps between different NTD groups. More groups working in this space must collaborate with each other and with other organizations in different sectors to achieve the elimination or eradication of NTDs.

Combatting NTDs is difficult work, but we have cheap and effective tools to prevent and treat many of them. I believe that protecting the millions of people affected is an ethical responsibility we all share. Just as JFK stated about the space race, this must be a challenge “we are willing to accept, one we are unwilling to postpone, and one which we intend to win.”