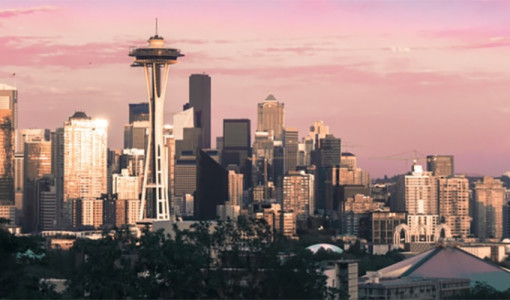 A tuberculosis-free world is possible. While TB is not an issue that many in Seattle think about, many of the city’s leading institutions are actually doing a tremendous amount to reduce the 4,400 deaths from tuberculosis that occur each and every day.

How Seattle Can Disrupt Tuberculosis

By Gabrielle Fitzgerald, Founder and CEO of Panorama and Peter Small, fellow at the Rockefeller Foundation Project Syndicate

A major report recently published by the medical journal The Lancet finds that a tuberculosis-free world is possible. While TB is not an issue that many in Seattle think about, many of the city’s leading institutions are actually doing a tremendous amount to reduce the 4,400 deaths from tuberculosis that occur each and every day.

TB is a contagious, potentially fatal infectious disease that destroys body tissue, particularly affecting the lungs. As an airborne disease, it can be spread when an infected individual coughs, sneezes, or even speaks. Though TB is curable with antibiotics, if the medicine is not taken properly, an even more dangerous drug-resistant strain of the disease – which some call “Ebola with wings” – emerges.

Despite the scale of the TB threat, research funders and the pharmaceutical industry have largely ignored the disease over the past 50 years. The reason is as simple as it is indefensible: TB disproportionately affects the poor and disenfranchised, who often cannot pay for treatment.

Given the lack of investment in the fight against TB, progress stalled, and prevention continued to center on an 80-year-old vaccine with limited efficacy. Diagnosis continued to rely on a 125-year-old test that fails to detect the disease in half of all cases. And treatment continued to mean a six-month-long drug regimen that has remained virtually unchanged for 60 years.

As a result, TB continues to kill one person every 20 seconds. In 2017, it killed a total of 1.6 million people – the highest death toll of any infectious disease.

In the last decade, however, TB has started to get the attention it deserves, particularly among Seattle-based health organizations. Scientists at the University of Washington, the Institute for Systems Biology, and Seattle Children’s Research Institute are deepening our understanding of the biology of TB. The Institute for Disease Modeling and Institute for Health Metrics and Evaluation are improving disease tracking. The Infectious Disease Research Institute, Global Good, and the Fred Hutchinson Cancer Research Center are developing better tests, drugs, and vaccines. And PATH is pioneering better ways to deliver TB care in the world’s most challenging settings.