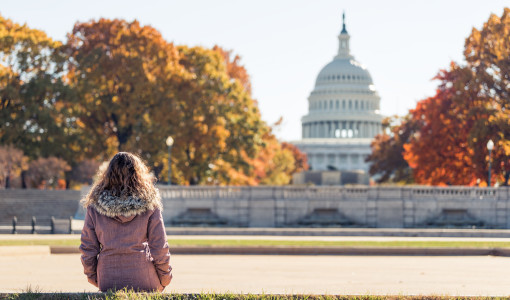 Accelerating the Pace of Change Toward Gender Equality

As the calendar rolls over to a new year, and an election year at that, we look back on recent accomplishments and look forward to celebrating important historic milestones. A record-breaking number of women ran for and won seats in Congress in 2018 causing pundits to term it the “year of the woman.” And 2020 marks the 100th anniversary of the passage of the 19th Amendment which guaranteed women the right to vote. However, when you realize women still account for less than one-third of our elected officials, you understand how elusive political parity is for women.

To date, progress towards political parity for women has been painstakingly slow. Jeanette Rankin became the first woman elected to the U.S. House of Representatives in 1916. Today, 101 women serve in the same body alongside 334 men. To go from one woman to 101 women, took more than a century. We cannot afford to wait another 100 years to reach full gender parity in U.S. politics.

Panorama Global was created to solve problems by initiating projects where we see gaps that need to be filled, and there has historically been a clear lack of commitment, coordination, and funding when it comes to supporting women running for office. This is why, with seed money from Pivotal Ventures, an investment and incubation company created by Melinda French Gates, we are launching The Ascend Fund.

To achieve equal representation in politics, we must level the playing field for women across the political spectrum. To this end, The Ascend Fund will pool philanthropic capital to provide grants and support to nonpartisan, nonprofit organizations that prepare women to run for office. Our grantees work to create a clearer pathway to elected office, breaking down the many barriers that prevent women from running and ultimately winning seats at the table.

Voters deserve leaders who reflect the composition and diversity of the population, and work in their constituents’ best interests. Women are more likely to support legislation that prioritize the health and economic well-being of women, families, and children, making their voices essential in the legislative process. Additionally, studies show that women are more likely to work across the aisle to get things done.

Bold action and audacious thinking are needed to accelerate the pace of change towards gender equity. Visit The Ascend Fund website to learn how we are balancing the ballot and to get involved.