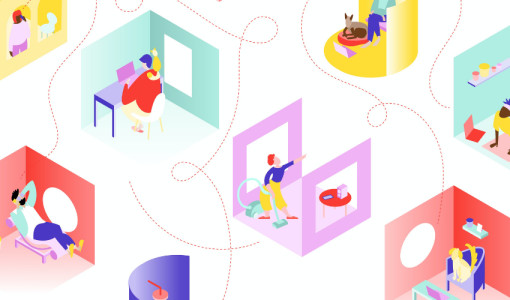 A Year Into COVID-19 – The Costs of Being Unprepared

The day everything changed for me was February 29, 2020. It was a Saturday. I’d spent the morning having coffee with an old friend, buying Girl Scout cookies from the daughter of another.

I’d just flown back to Seattle after two weeks of personal and business travel had brought me through five airports on three continents. During the trip, I tracked the wildly different ways countries were monitoring travelers for what was then known as novel coronavirus. While I was thinking a lot about this new outbreak from a work perspective — having advocated for the past few years on outbreak preparedness, and also having Panorama team members deployed to Geneva to support the World Health Organization (WHO) surge their communications response — coronavirus still felt like a far-off threat.

As I walked home from the coffee shop, I checked my phone and learned that the first U.S. death from coronavirus had been announced, at a hospital just outside of Seattle. And that a nursing home, just three miles from my daughters’ school, had identified their first two cases.

The next few days, in every aspect, I felt life cleaving into Before and After. I went to church, where Before and After wrestled for dominance: The traditional handshake greeting was ruled out, but the sacramental wine was still offered via a shared chalice. I went out to dinner, knowing it would be the last time for quite a while.

On Monday, we received an email from my children’s school announcing that the school would be closing at the end of the day for the next six weeks. Most parents were shocked and thought this was a radical step to take after just a few deaths, but to this day, I praise the fast-thinking leaders who understood the risks at hand and took decisive action as the first school in the nation to close. As the week went on, I canceled a business trip and announced we would be closing our office for “at least a month.” I shared information with friends to encourage them to take this seriously and explain what our new world of social distancing meant. Then, on March 11, the WHO officially declared COVID-19 a pandemic.

A year into this pandemic, what have we learned? And what can we do to ensure we never have a year like this again? If we don’t draw lessons from this experience, then we’re doomed to repeat it.

I had spent a year working on the West Africa Ebola outbreak in 2014-2015. That experience left me passionate about the need to do all we could to prevent large-scale outbreaks in the future.

For anyone who pays attention to disease outbreaks, it was common knowledge that the world was likely to face a major pandemic “in our lifetime.” However, in my mind, that lifetime was always in the distant future, and always in another part of the world.

Just 10 weeks before an unusual disease outbreak was reported in China, I participated in a simulation exercise designed to raise awareness about the potential damage a worldwide pandemic could have. This session certainly drove home the massive risk to global corporations, supply chains, and the travel industry. But what it didn’t capture was the pain of saying good-bye to loved ones by phone, the boarded-up restaurants, and the monotony of pandemic life.

Increased inequity — Outbreaks always hit vulnerable populations hardest. We have certainly seen this here in the U.S., but it is a global problem too. Early in the pandemic, we created the Pandemic Action Network to accelerate the response to COVID-19 and advocate for future pandemic preparedness. One of the major initiatives we are advocating on behalf of is the Access to COVID-19 Tools Accelerator (ACT-A), which was created to ensure equitable access to vaccines, drugs, and diagnostics to all countries of the world, not just those who can pay the highest prices.

Investment in research and development pays off — Back when I worked in the Clinton administration, the budget for the National Institutes for Health was doubled, seeding much of the research that allows us to have a vaccine today. If scientists hadn’t been picking away at spike proteins “just in case,” I shudder to imagine where we’d be today. And next time there is an outbreak, we won’t be as lucky unless we invest and plan ahead now.

Leadership (part 2) — I had no idea how disengaged and downright antagonistic the U.S. federal government would be. Withdrawing from the WHO? Leaving every state to make their own plans? I’m still shocked by these moves, and we’re still suffering because of them. The importance of strong national leadership and clear, consistent messaging simply can’t be understated. Pandemics are universal — that’s the “pan” part of the word. You can’t fight them locally. It takes national and global coordination.

Speed of vaccine development — This was a good surprise. A huge and heroic win. And a record-breaking timeline that far exceeded the best hopes of many. The fastest a vaccine had previously been developed was four years. The fact that the COVID-19 vaccine was being distributed within a year of the virus being sequenced is just short of a modern miracle and is a direct result of investment in research and development.

Progress toward equitable vaccine distribution — While there is still an extremely long road ahead to ensure that everyone in the world has access to a COVID-19 vaccine, it was good to see vaccines arriving in Ghana, Cote d’Ivoire and quite a few other African countries this week. Thanks to the ACT-A, this came only 11 weeks after the first vaccine was given in the U.K. In the past, the average gap between wealthy and low-income countries receiving vaccine supply was closer to 11 years. There are many, many more doses that need to be delivered to low- and middle-income countries, but at least the wait has been in weeks, not years.

The ongoing gap in health workers accessing PPE — While this problem has been mostly resolved here at home, it remains a challenge in many parts of the world. In many countries, there is no local manufacturing and there isn’t enough PPE to protect the community health workers who serve hundreds of millions of patients who don’t have access to a medical clinic or hospital. In response to this challenge, the Pandemic Action Network worked with other partners to create the COVID-19 Action Fund for Africa, which brings together global manufacturers and shippers with African health systems. To date, the fund has delivered nearly 86 million pieces of PPE to nearly 500,000 community health workers in 18 countries. But this is a stopgap measure, and we need to ensure that health workers like these around the world have ready access to critical supplies, so we don’t have to play catch-up in the future.

Personal loss and disruption — The pandemic simulation I mentioned above discussed projected costs in GDP and other common macro measures. Living through a pandemic puts you in touch with other costs — all the micro-level changes and personal losses. The disruption to education caused massive ripples I hadn’t thought about, from childcare to mental health. Now, with my teenagers spending a whole year at home during the most socially dynamic stage of their lives, I think about it every day. Then there’s the millions of mothers who have been driven out of the workforce because of the lack of childcare. The holiday gatherings that didn’t happen. I had no idea how much, and in how many ways, a year like this would hurt.

So what have we learned?

The last 12 months have taught us so much. About the need to be prepared. The vast and also personal cost of being unprepared. The things we have to do better.

We must put these lessons to use. National and global leaders must act now to prepare for the future. The Pandemic Action Network has identified six priorities for international action, including better means of detecting outbreaks, more research into infectious diseases, more secure supply chains for pandemic-fighting materials, and greater investment and accountability in health security. That’s how we beat the next pandemic.

After this year, the world can’t afford excuses. We’ve all seen the ways our systems break down or reveal that they’re broken and unfair to begin with. We’ve all felt the ways our lives suffer. None of us wants to experience another year like this.